Starting Right at School (StaRS): To This Point

by AHEAD Office | Research Summary | 0 comments

The Starting Right at School (StaRS) Project is a study aimed at understanding the gender socialization norm among very young adolescents. It is funded by the International Development Research Centre (IDRC) and implemented in three different countries. In Nigeria, it is currently being carried out by the Academy for Health Development (AHEAD) in Osun state, Nigeria.

The project which is comprised of 3 stages; baseline, intervention and endline phases has just rounded up the baseline phase.

In January following a week-long training of research assistants, field work was carried out in 8 selected schools (5 served as control schools and 3 served as intervention schools). Using a questionnaire developed by the World Health Organization and adapted by AHEAD, the researchers sought to understand the young adolescents’ point of view on sexual and reproductive health, gender norms, bullying and violence and other matters regarding gender socialization. A total of 1032 adolescents were interviewed.

Following this, a few of the young adolescents were selected and taught the art of photovoice and how it can be used as a tool for advocacy.

The students then went into their schools and communities and identified and photographed issues surrounding sexual and reproductive health, gender socialization and gender norms.

The boys who reported experiencing bullying were about 82.3% of those interviewed and 81.3% of girls interviewed reported the same. This is similar to global statistics. 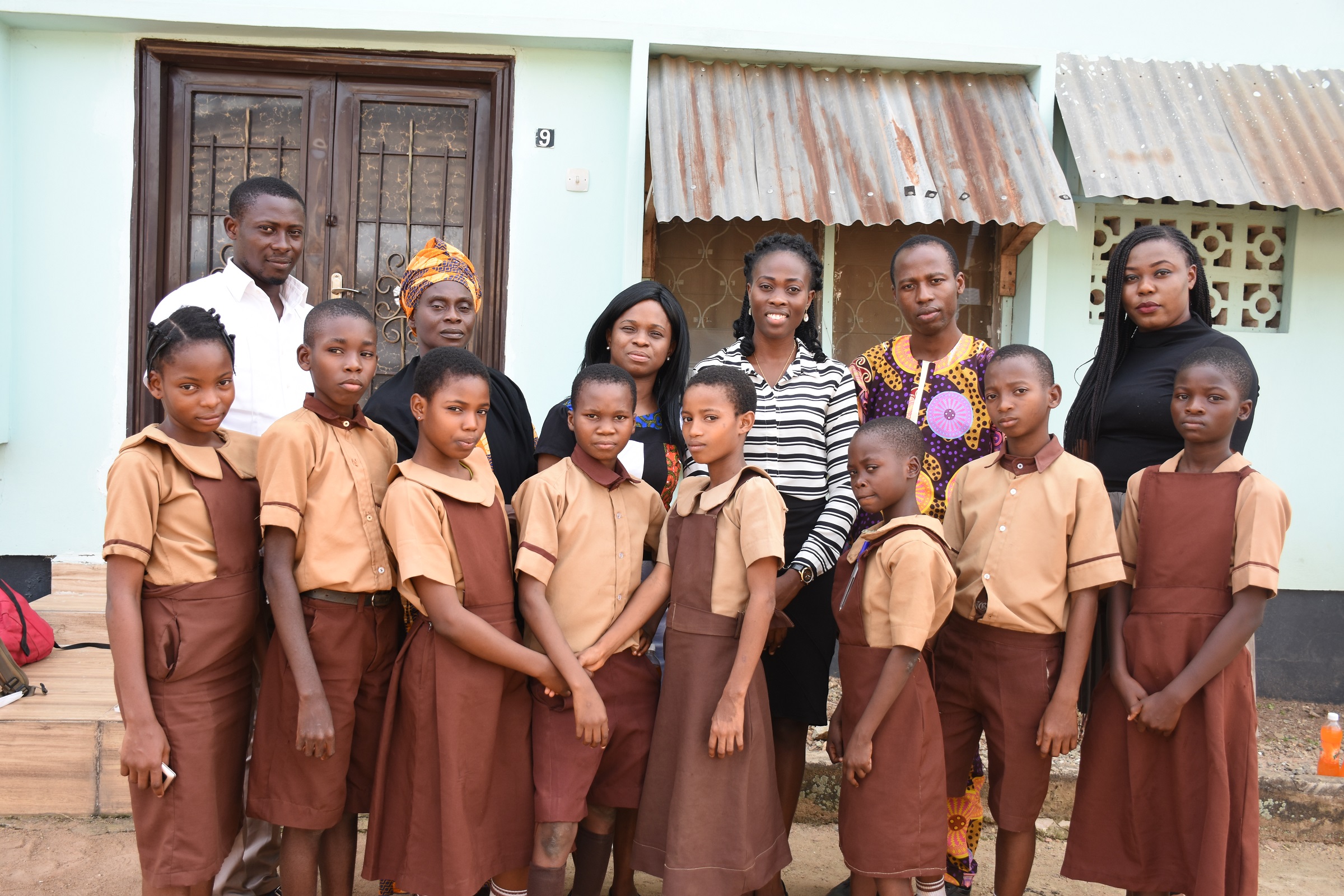 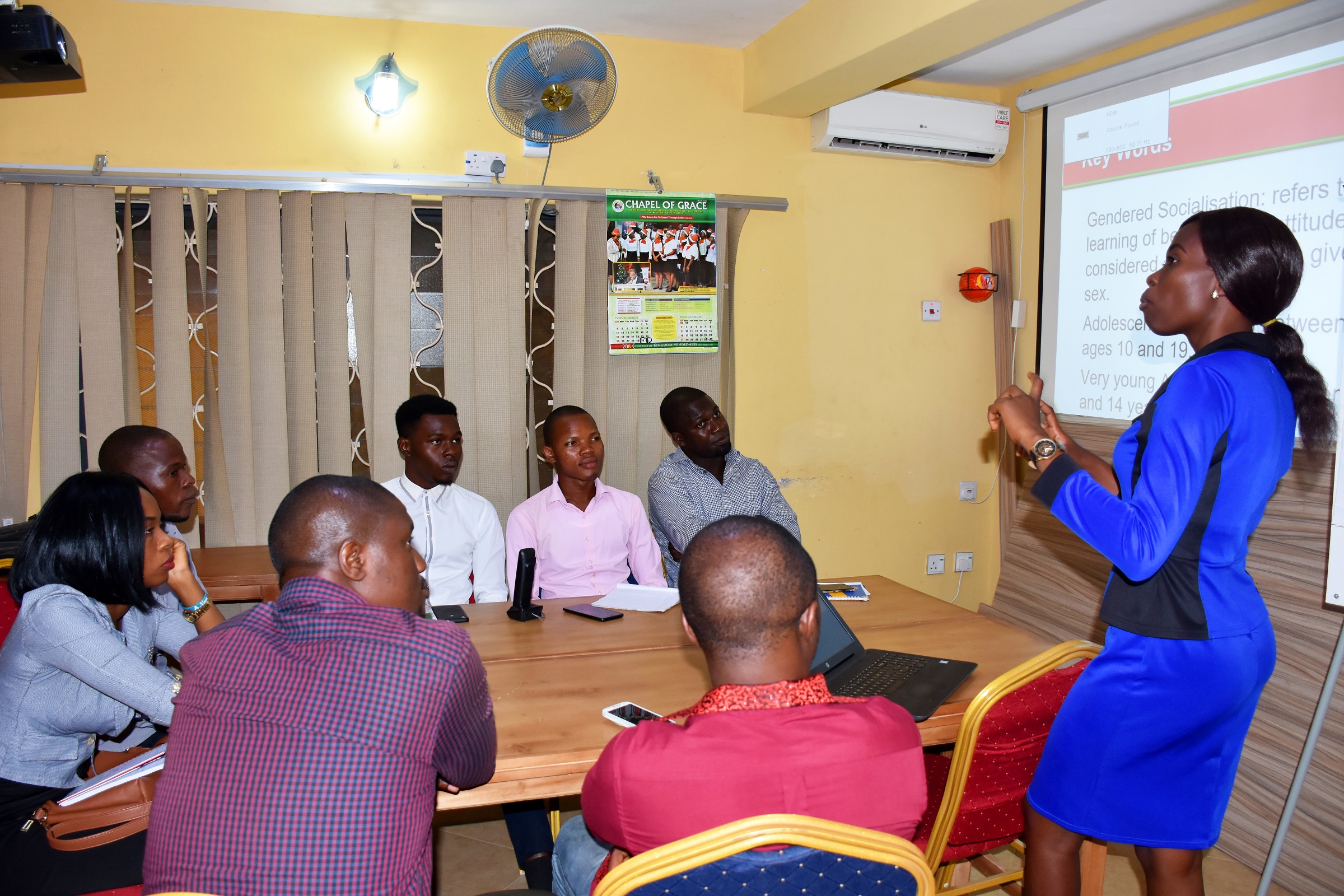 In June, after analysis of the results had been done, AHEAD invited the students, parents, teachers and principals, school board, education commission and other stake holders to a community dialogue to present the findings from the study, the challenges and risks from the captured gendered norms and their proposed solutions to effectively tackling these issues.The Community dialogue was opened by the Permanent Secretary of State Universal Basic Education Board, represented by the Osun State Middle Schools Director, Mrs A. K. Oladimeji who thanked AHEAD for the initiative. She reminded teachers that a lot of students have more belief in them than in their parents and that even though gender roles are mostly determined by culture, parents and religions, the negative ones need to be rectified.

AHEAD gave a presentation on the objectives of the study and the different stages of the project. It was explained that the community dialogue signified the end of the first stage, the base-line stage and that it would be followed by the implementation and the end-line stages.

A presentation by the students followed immediately, explaining the photos they had taken using photovoice to depict issues surrounding gender socialization and gender norms that they identified in their schools and communities; the pictures were grouped in five thematic areas:

Days 2 and 3 were aimed at developing interventions; Dr Obioma Uchendu of the Inspire Network gave an insightful presentation on violence in children and adolescents and shared the seven inspire strategies for addressing this problem.

A member of the AHEAD team gave a presentation on identifying and promoting the opportunities that exist for the fostering of gender equity in schools using the Gender Equity Movement in Schools (GEMS) as a reference.

Stakeholders were grouped according to the schools they represented and they discussed and outlined the gender socialization challenges faced by their schools in order of priority; they also shared their visions for the schools and designed a road map tailored after evidence-based strategies for gender-socialization for the realization for the visions shared. 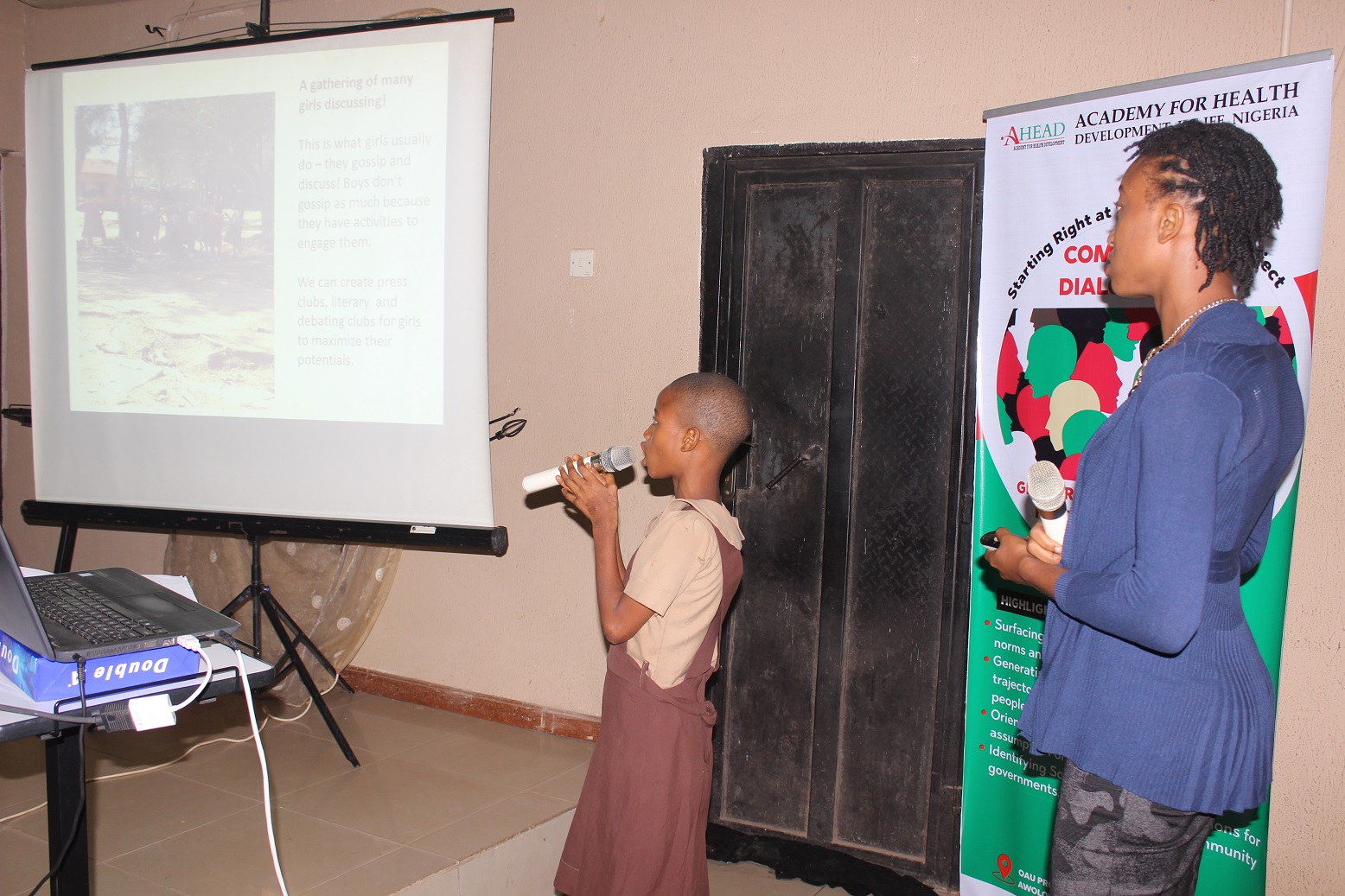 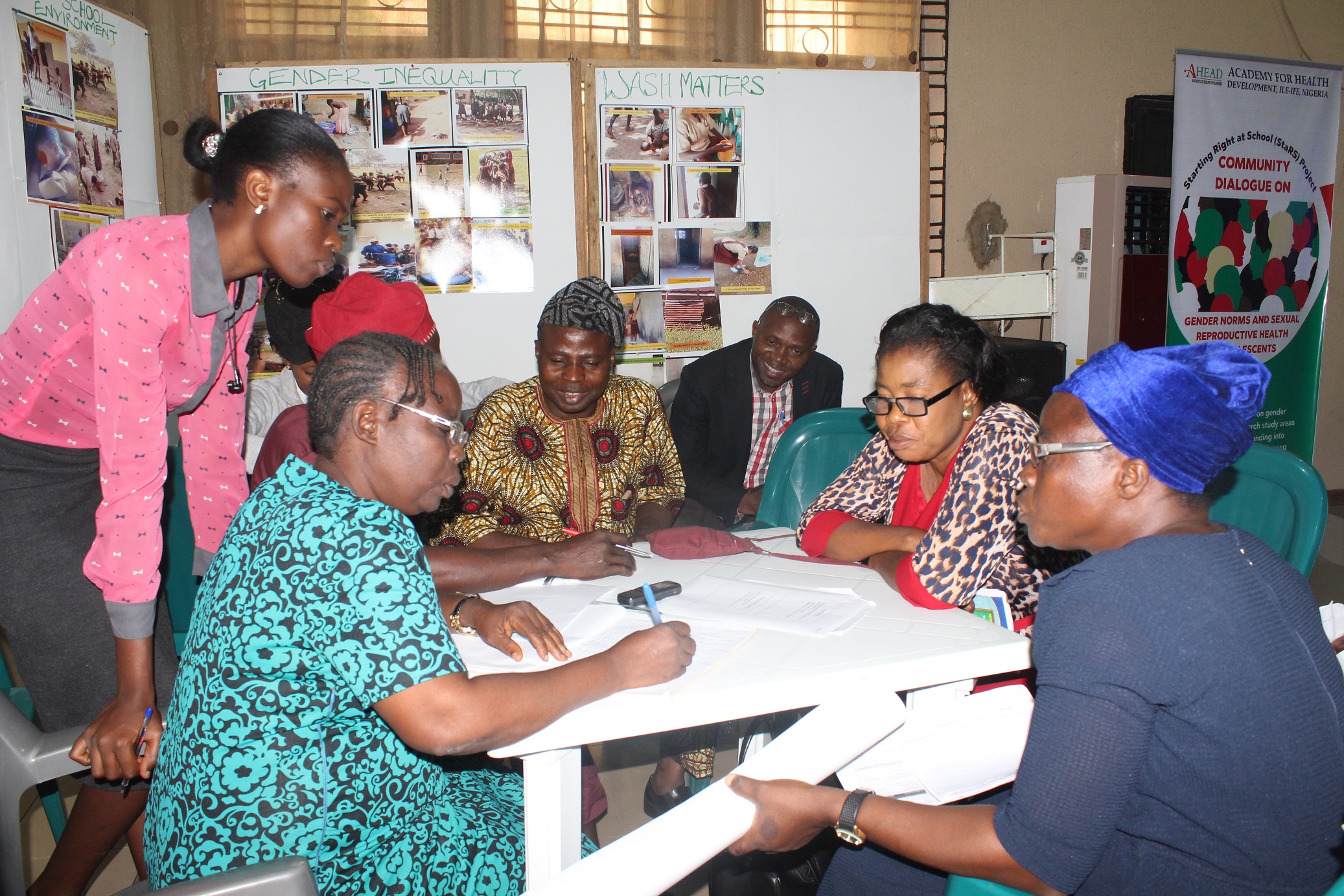 We are moving to the second phase of the StaRS Project; the implementation phase.This will consist of the collaboration of the organization and the school stakeholders to judiciously and effectively channel the funds into selected appropriate and sustainable interventions. Implementation will run for about 6 months after which the endline phase of the project will commence and this will be a post-implementation analysis of the project, its impact and recommendations on sustainability and future projects.